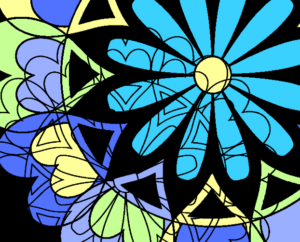 I declared to the world – right here on this blog – that I would pitch my story to Tell Us Something and I’d throw my name into the hat at The Moth event held here this past week. Well, I failed to do that. Now, let me just say, this is not a public self-flagellation post. Far from that, this is a hey – let’s be “real” post. I am like most Americans, busy and self-absorbed. I took the time I would have used to prepare for storytelling and I invested it in my day job, my family, and my connections to friends who haven’t been in my life lately.

But there’s a story in why I didn’t tell my story that goes beyond everyday life.

Was the failure the fact that I made a foolish declaration? No way! Setting good goals is how things of weight and matter get done. It is so random that anything worth anything is a random act. This is why I don’t commit random acts of kindness. Kindness is best expressed intentionally. One of my distractions this week had me laughing with my youngest son, watching a comedian on Netflix. This comedian’s motto for his show was, “Life is chaos. Be Kind.” I’m all about that one. So I say yes, “paying it forward” and “random acts of kindness” are worth my attention and doing these things right elevates the experience for all involved. In fact, it is best to put effort into being kind when the moment is most chaotic and challenging. And in the end, it was a chaotic week and I chose kindness to self. Telling my stories publicly will be better done in a thoughtful and intentional manner, not a hasty random act of forced self-actualization.

Was the failure that I didn’t do the deeds I declared? Nope, not at all! I just said I wisely and nobly invested my time in work, family, friends, and most importantly kindness to self. I did this because the story behind not telling stories cut me deep and I was nursing wounds. A neighborhood friend from my childhood died of an overdose.

Scott played the flute. I played the flute. Scott was into art. I was into art. He clearly liked to wear overalls. I loved rocking my overalls. He was cute, but I had a crush on his younger brother and somehow everyone knew it including the younger brother. Alas. I was younger than both and perhaps not so cute to them. I don’t know what they thought of me. I was really shy and full of issues. The point is that Scott reached out to me on Facebook and I was happy he did. I reached back, but it wasn’t enough because of work, family, and the friends in my life today. Far away friends sometimes stay far away. And the Facebook “like” button just doesn’t suffice when death is in the room. We need to stop and really notice when people reach out. Always ask yourself, is there more to the story here?

Then – for the heck of it – be kind in a thoughtful way.

I will be telling my story about living with death in the room and dealing with the temptation to indulge in an overdose. Someday soon. The order of my stories will depend on feedback I get from my readers – so go ahead…